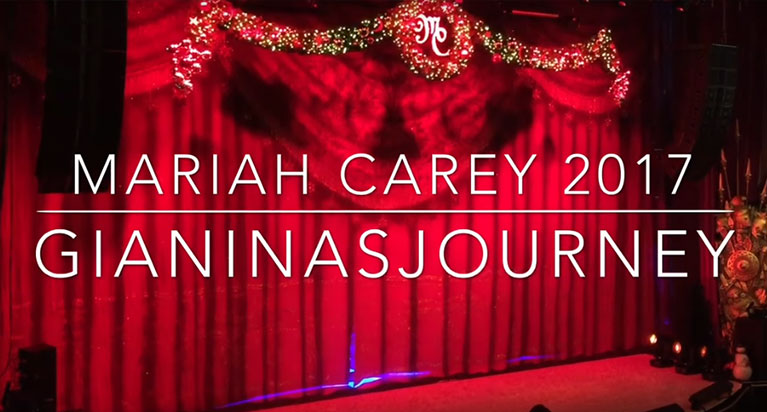 GiaNina was blessed this past Christmas season with the opportunity to dance on tour for the second time with a legend of the music industry Mariah Carey.

Mariah Carey returned to Beacon Theater in New York City and then moved onto the Colosseum at Ceasars Palace in Las Vegas this past December with her acclaimed Christmas concert series “All I Want For Christmas Is You”.

Carey is the best-selling female artist of all time, with more than 220 million records sold. As a singer, songwriter and producer, Carey has been recognized with multiple Grammy Awards, 21 American Music Awards, and 14 Billboard Music Awards among a myriad of other accolades in her long tenured career.